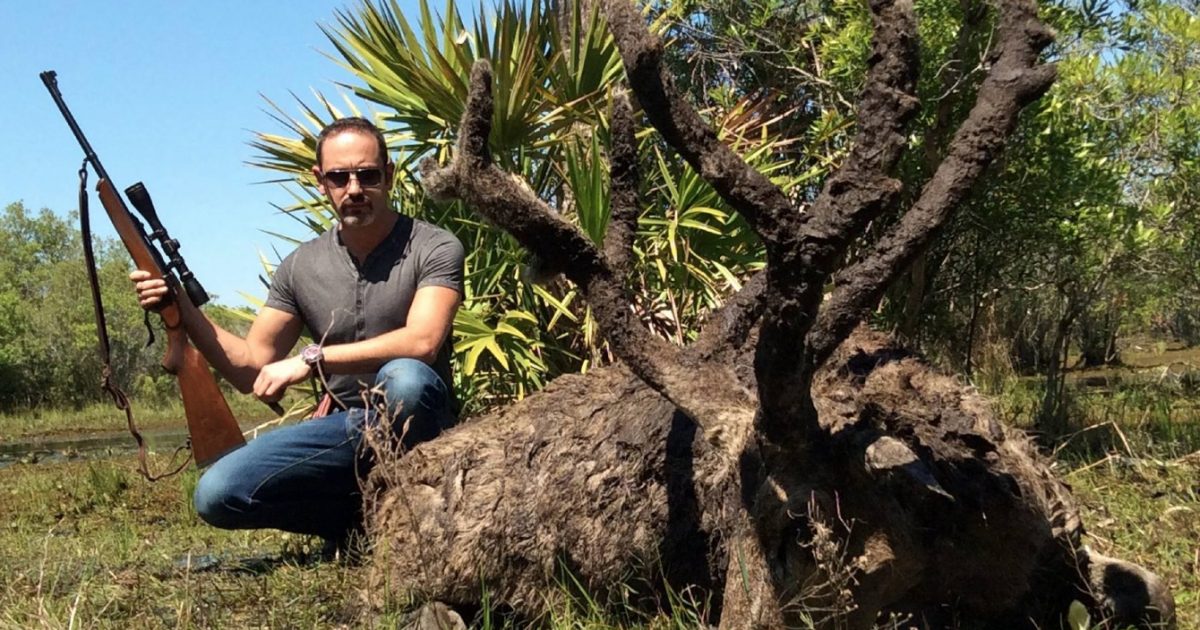 A hunter’s imagination knows few bounds. Dream hunts are born while sitting by a fire or gazing at your gun case. Thoughts drift to stories you remember reading as a youngster about Africa, Alaska, Montana. Hunts for big game like moose, rhino, elephant stoke the fires in a hunter’s soul. So just what are the biggest of dream big game trips? Here are three hunts that might fit the bill.

It’s hard to argue that a safari for the Big Five in Africa could well be at the top of many a hunter’s list. Taking a cape buffalo, lion, elephant, leopard and rhino is an accomplishment and not something that everyone is cut out to do. The financial resources necessary to mount a hunt of that scope are considerable. Planning must be comprehensive and, most of all, your guide’s operation must by impeccable. Choose wisely.

Most hunting terrain is semi-open scrub. Considering that all of the animals in the Big Five are capable of making short work of you in short order, the cover provided by the bush can lead to shots being taken at ranges of much less than 100 yards. Add to that the fact that a large cape buffalo can be really tough to put down without a great shot and it’s easy to see why this hunt brings the adrenaline in buckets.

Annually, Crocodiles and Hippos account for about 5,500 human deaths. They represent two of the Dangerous 7 (the Big Five plus hippo and croc). The hunting is done from boats or land, the two animals are quite different in what makes them risky and permits for crocodile, especially are difficult to get. The main attraction for this hunt would be for a hunter who wants to complete the cycle of 7.

Hippos are immensely strong and can be unwavering in their aggression. In the end, however, the hippo is the least intriguing of the 7 to actually take. The goal is a bull with good tusks. Trust your guide and take the animal he recommends. Then wait for him to be hauled up on the bank.

The crocodile is more challenging from a marksmanship standpoint. They can move very quickly over short distances and have to be stalked very carefully to avoid spooking them. Once in range the shots must be precise because the guaranteed kill shot target is about the size of a golf ball. A .375 is a common caliber for a large croc and staying relaxed enough to make the shot without anticipating recoil is no mean feat. If you make a good shot, several follow-ups are recommended. A dead crocodile is as big a joke as “the gun is unloaded”. Never a safe assumption.

North American has a long tradition of very challenging quarry. In fact, we have our own Big 5. From a stalking and marksmanship standpoint, the combination of moose, elk, mule deer, big horn sheep and pronghorn antelope is every bit as difficult as its African counterpart.

Because the animals are native to such different habitats, it is unlikely that you could easily get all five on one hunt. Also, getting permits for some species is very difficult. Pronghorn antelope in particular are tightly controlled in the areas of the country with the best populations so get in line if you want a chance.

Distance of shots can be crazy for all of these animals but pronghorns are notorious for leaving you with monster long attempts. It is your responsibility to hone your skills in order to make clean kills. Don’t skimp on the target range.

So there you have three dream hunts that are as good as any available. What’s your take? What dreams to you have?