Terrifying Comparison: Covid-19 and the Rise of the Third Reich 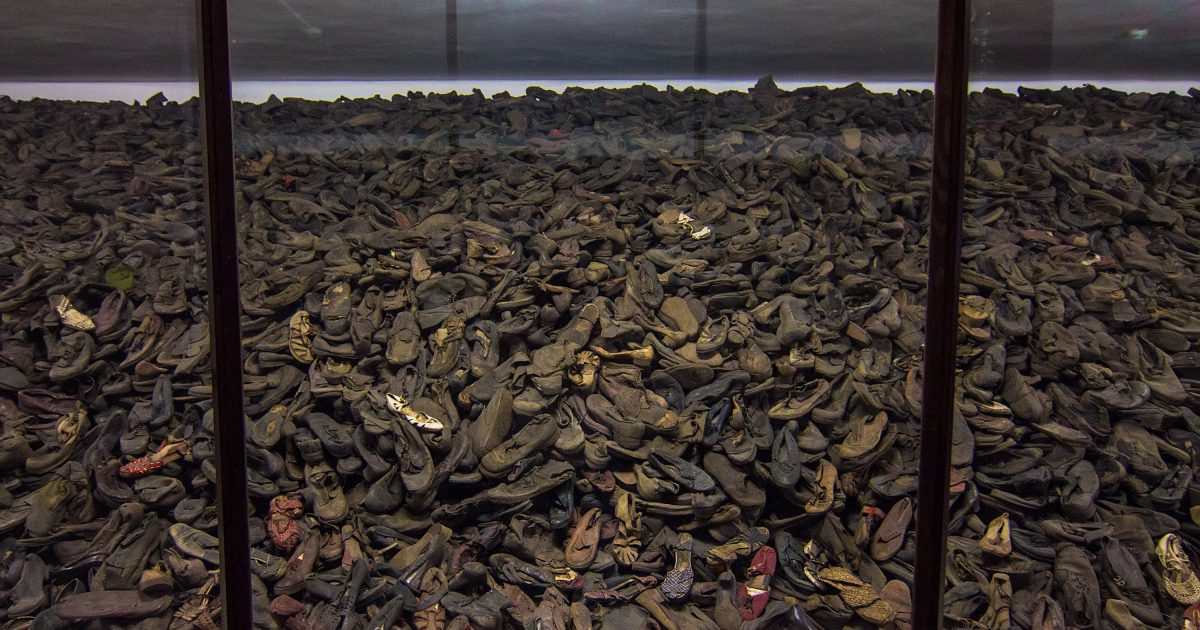 These days the term “Nazi” is too often thrown into any argument, even jokes. We laugh over the Soup Nazi episode from Seinfeld and call people who flip out over spellings “Grammar Nazis.” Anti-Trump activists love to throw the term out against “right-wing conservatives” and use the word as loosely as one might use the word “brown-eyed” or “blond.”

But the term, while loosely and widely overused, is still very misunderstood in its historical context as well.

First, we’ll examine a few lesser known facts about the Nazis that go beyond the history book lesson of how six million people were murdered simply for being of Jewish descent. How were they able to conduct such mass executions with little outcry from their citizens? How did their victims become targets and why? And finally, we’ll check into the propaganda tactics you’ll find disturbingly similar to today’s media and academia.

Secondly, we’ll discuss the comparatives of pre-Nazi Germany and today’s most recent crisis: the global medical and economic pandemic fallout caused by Covid-19.

The word “Nazi” refers to a member of the National Socialist German Worker’s Party. Key word: socialist. Socialism is often left out of the definition for the term Nazi, perhaps because it would compare Nazis a little too closely to what Progressives are currently pushing on America today. You hear all kinds of things about nationalism, racism, anti-Semitism, and even anti-Communism, but the truthful definition of a Nazi is that at their core, they were dedicated to socialism.

Germany in 1933 was in a state of turmoil from which arose the omnipotent power of Hitler and his Nazi regime. The construction of a classless society and the destruction of all enemies of the people were the mission, and by 1945 more than seventy-five million people would pay the price of these two goals with their lives.

To understand Nazi politics in the 30’s, you must look at the great global crisis of the crash of 1929. The Nazi party received only 2.8% of the vote in 1928, but economic crisis and unemployment skyrocketing from 1.2 to 6 million between June ‘29 and January ‘32, coupled with production drops led to excessive poverty and desperation. Virtually the entire youth population was unemployed, and hours in a soup line became a daily way of life for many average German citizens.

The German government’s austerity in dealing with the situation began to develop unrest in the people. Citizens losing hope in capitalism’s ability to feed their families was fueled into further disillusionment by Nazi propaganda promoting a hatred of “the system” and “money grubbing” financiers (many of whom happened to be Jewish). Capitalism became the enemy, and Jews the workers of iniquity.

By 1932, the Nazi party had won 37.4% of the votes; within a few short years they increased their support by 13 million votes. And the rest is, unfortunately, part of history.

Two chapters of Hitler’s Mein Kampf are dedicated to the useful execution of propaganda to change thinking. He believed that Germany lost WWI due to Britain’s better propaganda efforts and he wasn’t alone. He figured that in order to complete your goals, you needed the emotional support of the people. How do you get the emotional support of the people? By eliminating fact and intellect and promoting emotion and passion.

What is propaganda? It is biased above all; it lacks fact, rejects intellect, and appeals to emotions: particularly to fear, pride, passion, hatred. Entire campaigns in Hitler’s Germany were dedicated to encouraging an abandonment of education, and the youth burning of books en masse was a ceremonious event repeated across Germany throughout the 30’s. We know all of these facts: it’s the why behind much of it that we haven’t been taught well.

In 1933, when the Third Reich established the Ministry of Propaganda with Joseph Goebbels as its Minister, it’s goal was to accomplish one thing: cement in the minds of the average citizens the external enemies that Hitler believed had and were causing German suffering, namely, Jews, Romanis, Bolsheviks, degenerates (including homosexuals), and the infirm (handicapped).

To create these “enemies” of the people, strongly worded newspaper and magazine articles, textbooks, materials, posters, films, comics, school and radio programs, art and even maps were developed, published, plastered and promoted across the country. Clubs were formed and members were paragons of German perfection. While the Hitler Youth is the most well-known, equally concerning is the Bund Deutscher Madel. By the end of 1933, there were 2 million members of Hitler’s Youth and 15,000 girls in the Madels.

By 1939, over 90% of German children were a part of the Hitler Youth and it was mandatory for all German girls between 10 and 18 to be members of either the Young Girls League or the League of German Girls. Like Hitler Youth, the League members were encouraged to inform on fellow citizens if they weren’t complying with the regime in word, deed, and thought.

If you want to go down a really dark rabbit hole, read about the co-ed camps bringing Hitler Youth and the League of German Girls together for the sole purpose of creating more Germans….

But back to the political side of propaganda use. This omnipresent force of propaganda presenting the “wholesome” German pitted against the “evil” Jew in everyday life resulted in the mass genocide of over 11 million people, 6 million of which were victims simply because of their cultural background. Two thirds of Europe’s Jewish population did not survive. Approximately 70,000 disabled Austrians and Germans were murdered under the T4 program between 1940 and 1941, with an estimated total 275,000 slaughtered by war’s end. Over 500,000 Roma and Sinti were exterminated by Nazis as well, a forgotten genocide of the Romani population living in Germany at the time.

We all know the basic idea of Germany’s Nazi agenda, how it progressed, and what travesties it caused. We all think this could never happen again…right?

But perhaps, like me, you have always questioned these two things:

How were these people able to become victims? They literally allowed themselves to be rounded up and put into ghettos, then moved from ghettos to trains in order to be delivered into concentration camps from which the vast majority did not walk away.

And how did the average everyday German citizen allow it? They stood feet away watching, even participating, or turning a blind eye to these atrocities for not merely a few months or years but for more than a decade.

One of the prevalent themes of the Ministry of Propaganda was the demonization of capitalism. Jews had proven very successful in their capitalistic endeavors and thusly had two strikes against them. A third was their devotion to study, education, and intellectualism. Nazi propaganda vilified the capitalist, pitting them against the “social welfare” provided by Germany’s National Socialist People’s Welfare (NSV). By 1939, 17 million Germans were receiving assistance under the auspices of NSV, which promoted the collectivity of a people’s community where citizens would sacrifice themselves for the greater good.

8,000 day nurseries, holiday homes for mothers, food distributed to large families, old age insurance and homes, rent supplements, interest-free loans for married couples, relief for ex-convicts, unemployment and disability benefits, and healthcare insurance (which was decreed mandatory after 1941) were some of the Nazi party’s programs implanted after 1939. These social welfare programs represented a Hitlerian endeavor to lift the community above the individual.

Capitalism and socialism cannot work together, so therefore the Nazi’s had to eliminate capitalism, capitalists, and those whose intellect alerted them to the detriments of socialism.

Imagine a society that believes you to be evil. You’re the cause of all their problems. You’re at fault for the suffering of the country. Unemployment, poverty and soup lines for their family while your family has food, gold chains and worships in a synagogue with velvet ensconced Torah scrolls. Remember the fundamental of socialism: envy. It’s to be noted the first thing that happened to the Jewish population was their gold was stolen, to the tune of what is believed to be $146 million at 1945 rates (over $2 billion today).

Anti-Semitism at an all-time high, coupled with an insolence towards capitalism, and the growing militarization of the citizenry fostered an environment of unrest, danger, and fear. Is it any wonder that when the ghettos were created and hundreds of thousands of Jews were forced into occupying them that it was claimed “for the safety of the people?”

Intriguingly, as author Norman Ohler aptly presents in his book Blitzed: Drugs in the Third Reich, Germany was also saturated with drugs at the time. On the eve of World War II, Germany was a pharmaceutical powerhouse, and companies such as Merck and Bayer were cooking up cocaine, opiates, and methamphetamines, which were consumed by everyone from factory workers to housewives to millions of German soldiers.

While drugs alone cannot explain toxic racial theories, eugenics, genocide, or the events of World War II, Ohler’s investigation makes an overwhelming case that, if drugs are not taken into account, our understanding of the Third Reich is fundamentally incomplete.

If you’re familiar with many of today’s more common prescriptions and medications, you know there are quite a few containing opiates, barbiturates, and methamphetamines: Adderall, Robitussin, Benadryl, Motrin, Advil, Prozac, Sudafed, Amitril, Wellbutrin, Glucophage and the list goes on.

Could it be that our society is not only being confronted with omnipresent propaganda while simultaneously being plied with the same blitzkrieg of prescriptions – many coming from these same (formerly Nazi) companies?

Progressivism necessitates by its very nature further progression. Yesterday’s progressivism is not for today, for tomorrow must be more progressive than today! The “woke” leftist agenda appeals to emotion (Greta Thunberg is a classic example of emotion-driven propaganda), promotes mass hysteria through the mainstream media, and utilizes any and every platform to say anything and expect it to be taken as solid-gold factual truth (claiming Trump wasn’t handling Covid-19 properly, “forgetting” that while he was putting a committee together they were trying to impeach him).

How many of us have without a shot fired given up our freedoms, rights, and liberties for the sake of safety in the last 3 months? How many millions of churches have been forbidden to open while Planned Parenthood is considered too essential to close? When we’re allowed to stand in a line at Walmart but they threaten to disallow our visit to the polls in November, it’s becoming clear this is not about safety but control.

Los Angeles county California without trial or conviction just remanded its entire population to house arrest – for their safety. Nevada and Michigan are two other states that have crippled their economy, possibly beyond repair, for the sake of safety despite Coronavirus statistics not equaling their level of fear. While Georgia’s conservative governor has been raked over the coals for starting the reopening, Colorado’s liberal governor has been ignored for similar progress.

I can only end this article with these two quotes, which we should all know and heed:

“Those who would give up essential Liberty, to purchase a little temporary Safety, deserve neither Liberty nor Safety.” Ben Franklin

The Stasi was another instrumental group in providing the total control over the citizenry of East Germany post-war. The Ministry for State Security is considered one of the most effective intelligence agencies to ever have existed. Over 250,000 people were arrested as political prisoners during its existence, through the spying on its populace which occurred mainly through its vast network of unofficial, citizen informants. https://en.wikipedia.org/wiki/Stasi

Regarding footnotes: Everything I have stated comes from reputable sources found through google searches, much of it from Wikipedia. Read and be learned. 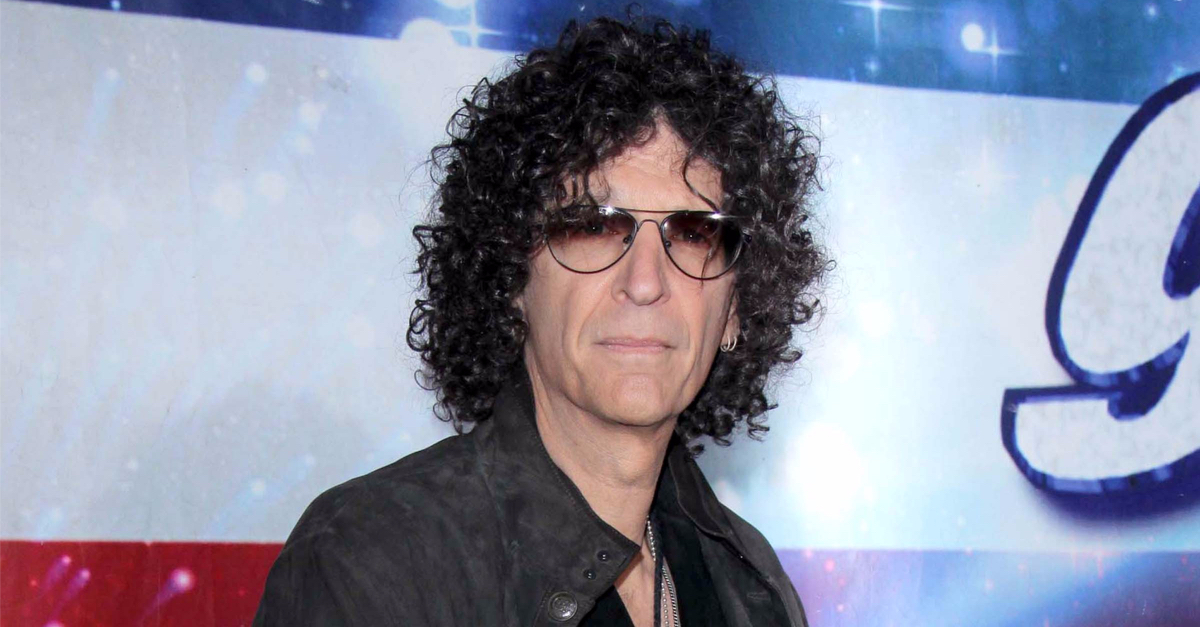 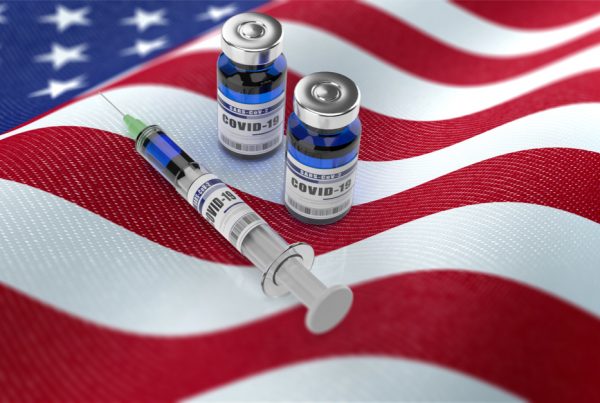 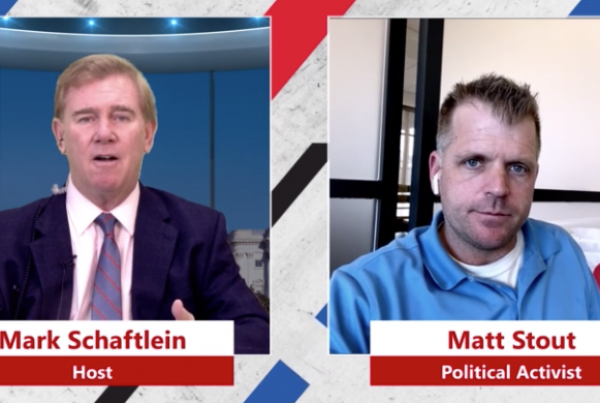 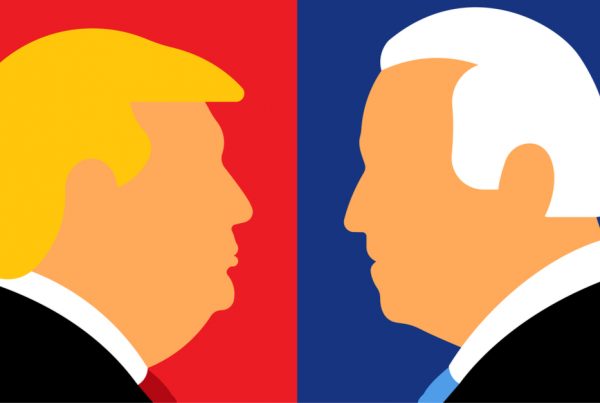