A practiced entrepreneur and accomplished CEO, Brandon has been recognized by peers and media outlets as a visionary leader and powerhouse executive who “knows a thing or two about marketing.”

Brandon’s background in graphic design, marketing, and executive management have resulted in continually increasing success. Colleagues have commended Brandon for creating an environment that not only allows but encourages people to succeed both professionally and personally. Even those who disagree with his politics find themselves impressed with his marketing acumen. 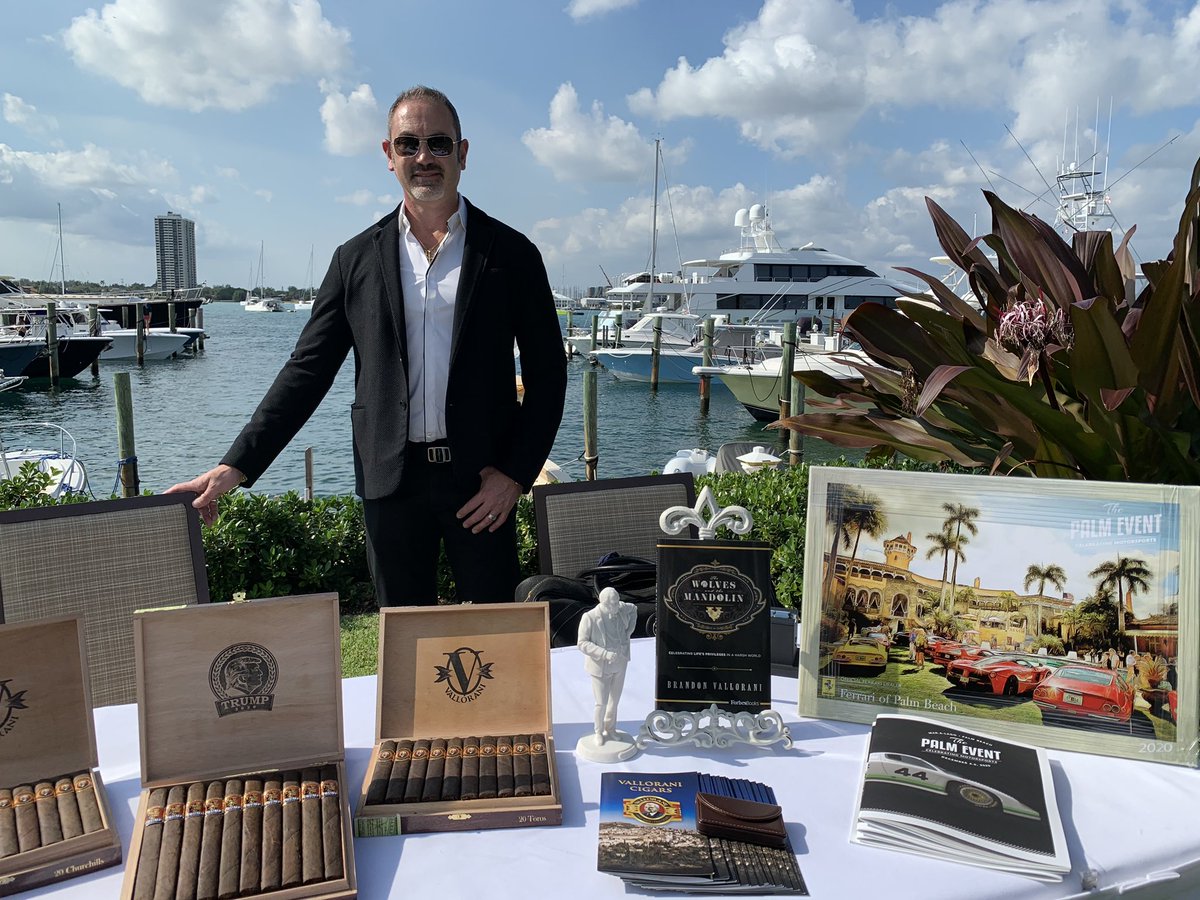 Brandon is a highly driven achiever, a professional team-builder, and a positive thinker who is happiest when building a new empire.

After graduating from West Virginia University with a Bachelor’s Degree of Fine Arts in Graphic Design, Vallorani began his career in the non-profit sector in 1998. Within a window of 6 years, Brandon developed and led a number of strategic plans, improving online traffic by 151%, expanding radio network reach by 100%, and boosted annual company revenue by 700%.

Quickly rising through the ranks to Executive Vice President, he simultaneously earned his Master of Business Administration from Thomas More University in 2004.

He went on to another non-profit, boosting annual revenues from a few hundred thousand dollars to several million in a period of a mere three years, while co-founding Tolle Lege Press with his father, Ray.

As their first project, TLP raised over $100,000 for the reproduction of a historic masterpiece: The 1599 Geneva Bible.

The Geneva Bible bears much historical significance to the Reformation period, and came to America with the Mayflower, but had been lost in obscurity and available only without modern spelling and punctuation. The first updated reproduction was published and made available to the public in 2006 by Tolle Lege Press, keeping the text in its entirety the same but updating punctuation and spelling to modern standards.

Brandon utilized his expertise in marketing to advertise this historic treasure in both traditional and modern media avenues, and since its publication, TLP has distributed over 140,000 copies in 13 different formats. Along with this stunning project, TLP published over 20 additional titles. In 2022, the Geneva Bible will be reprinted for the first time in nearly a decade in Bonded Leather, and a hand-numbered Calfskin Leather heirloom quality version is being made available for a limited time.

In 2007, Brandon branched out into another entrepreneurial endeavor, with the founding of a webstore that would eventually explode into a network of operated and partner websites and webstores known as Liberty Alliance.

With a number of viral hits, particularly a “gift that made the holidays great again” was featured on Fox & Friends, the Rush Limbaugh Show, RollingStone.com, and a plethora of other news outlets, combined with a successful firm helping others in the conservative and religious markets build their empires through Romulus Marketing, once again a Vallorani company received a nod for his team’s success when placed on the Inc. 5000 list in 2019. Vallorani sold to Yippy, Inc. shortly thereafter.

Also in 2019, a long-realized dream of taking brand Thrasher Coffee from an online-only commodity to a local independent brick-and-mortar coffee shop was realized when doors opened in December.

Selling DeDonato Enterprises and Thrasher Coffee to public company Conservative Broadcast Media and Journalism, Inc. (OTC: CBMJ) in late 2021, Vallorani navigated the acquisition of his former flagship e-commerce brand, PatriotDepot.com, before transitioning out of the daily operations of the business.

Serving on the board of CBMJ, Vallorani once again found himself consulting for various businesses and entrepreneurs, and merged his agency with his long-time executive and business partner, Liz Martin. Vallorani-Martin Consulting formed in early 2022 specifically to serve conservative and religious business owners with their digital marketing, branding, and people operations needs.

Most recently, Vallorani and Martin were contracted in mid-2022 to direct the operations of Stonewall Enterprises, Inc., as the company acquired the assets of PatriotDepot.com, store.Flagandcross.com, and ThrasherCoffee.com. Under their leadership, and combined 40+ years of experience in e-commerce, marketing, branding, and product development, the company looks forward to continuing long-standing success in the patriotic and religious markets. 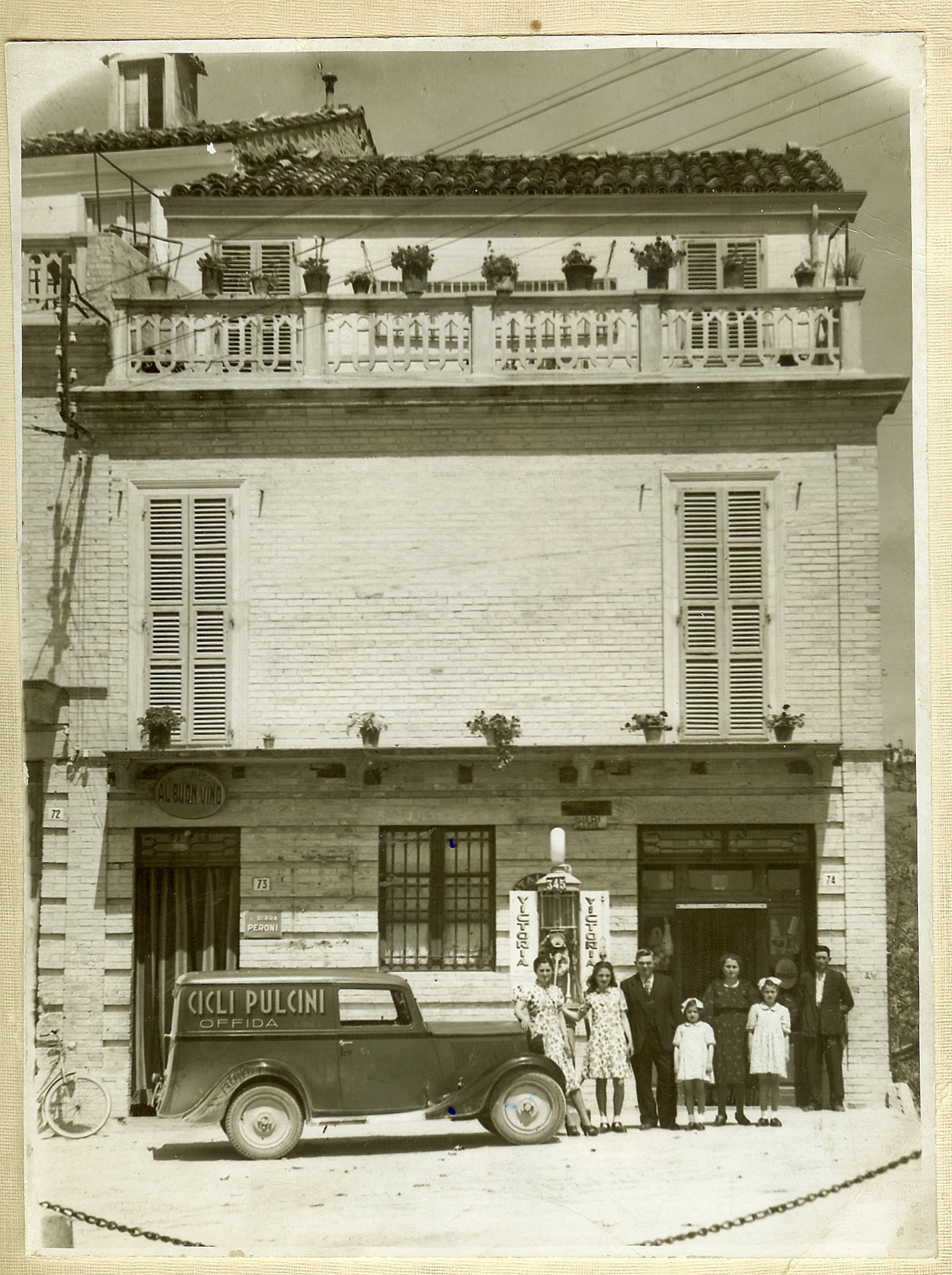 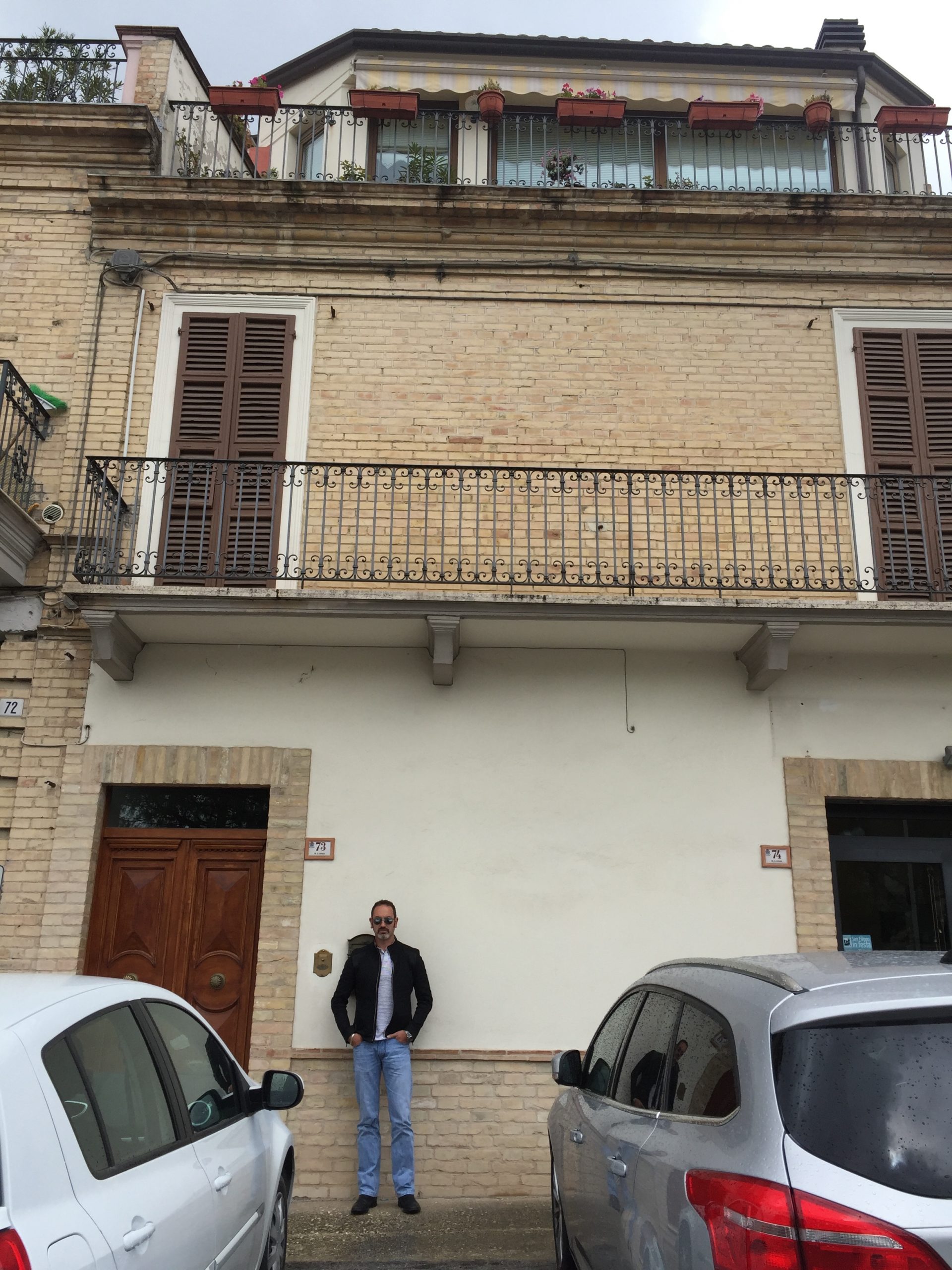 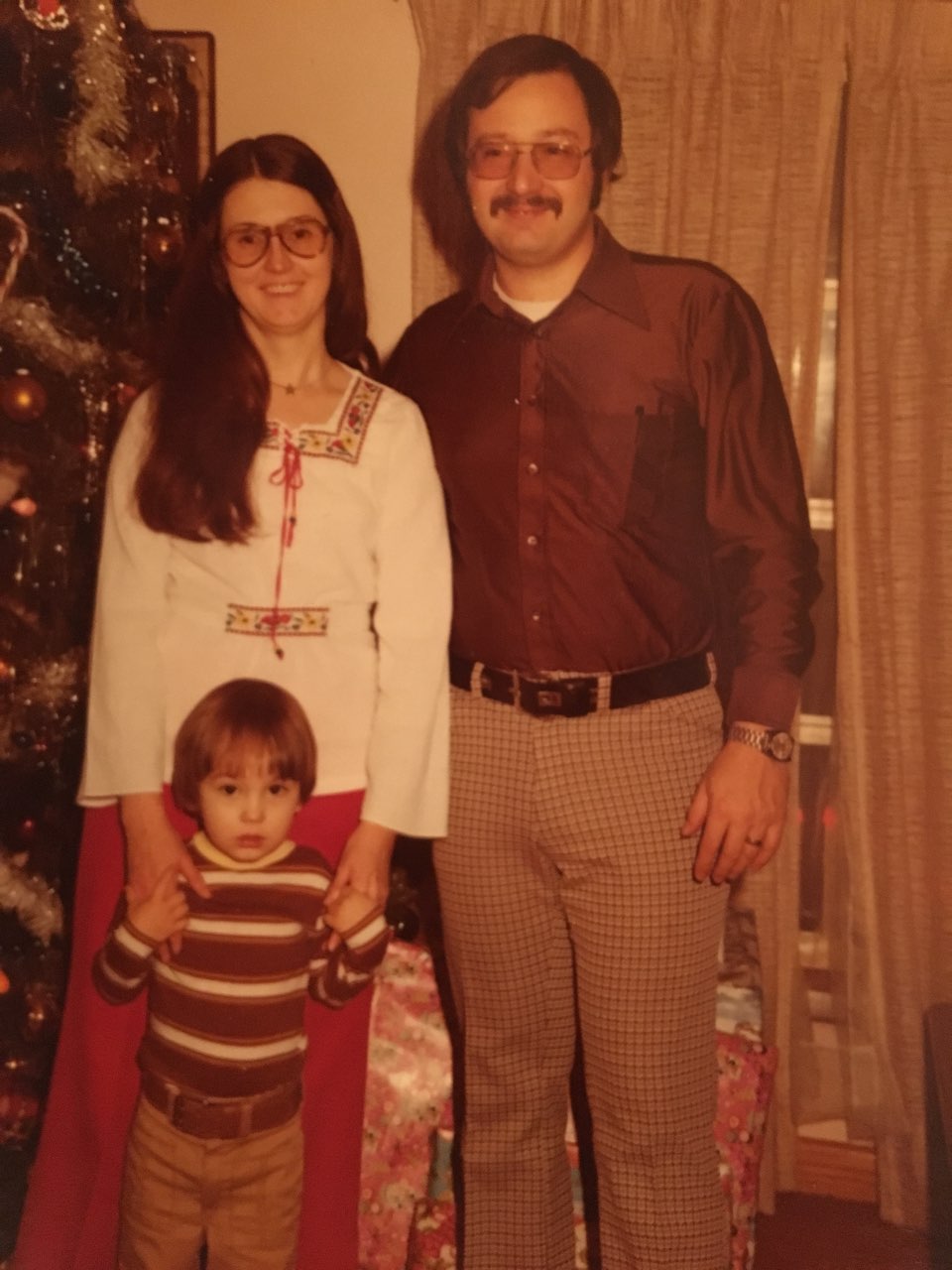 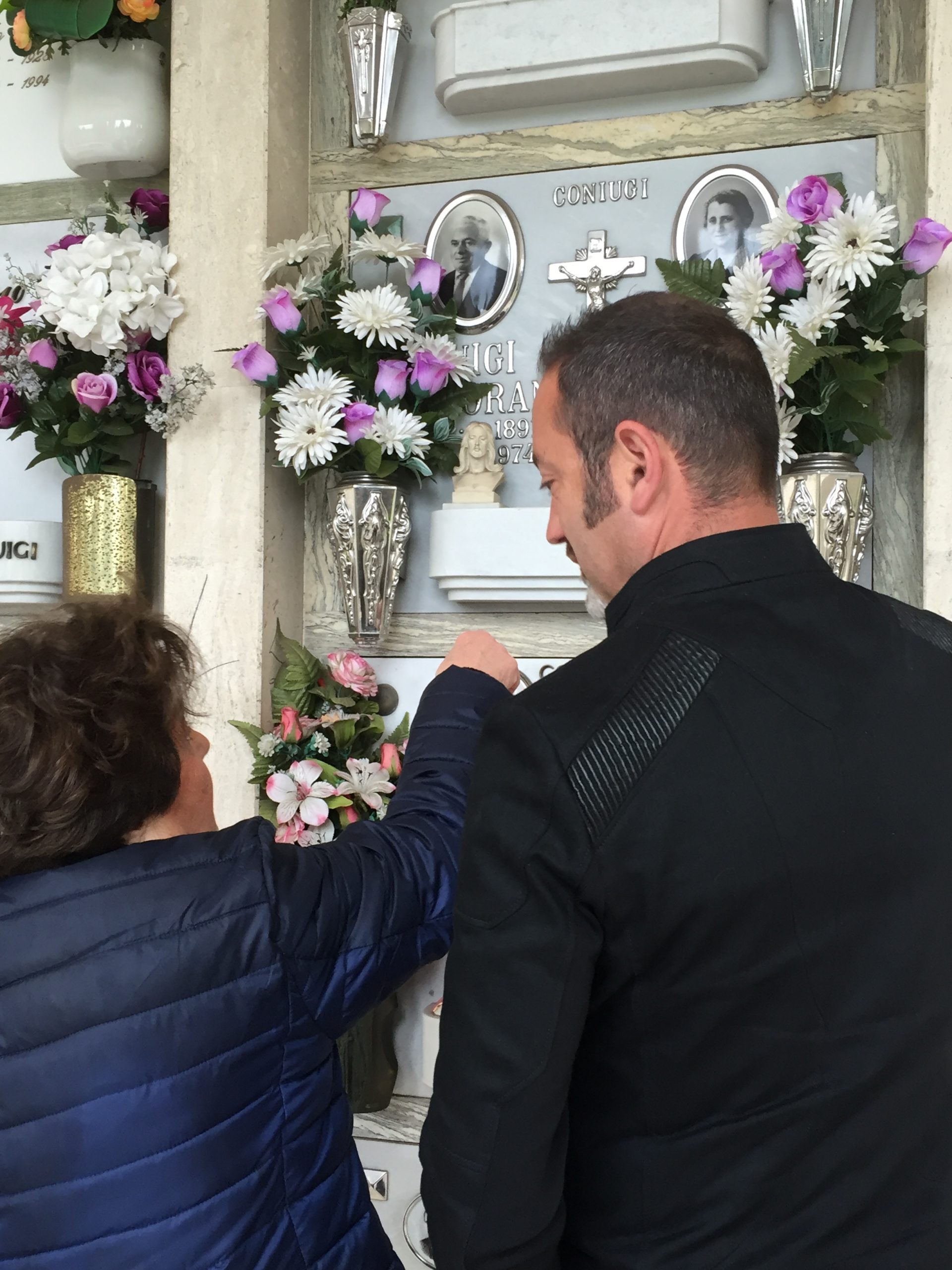 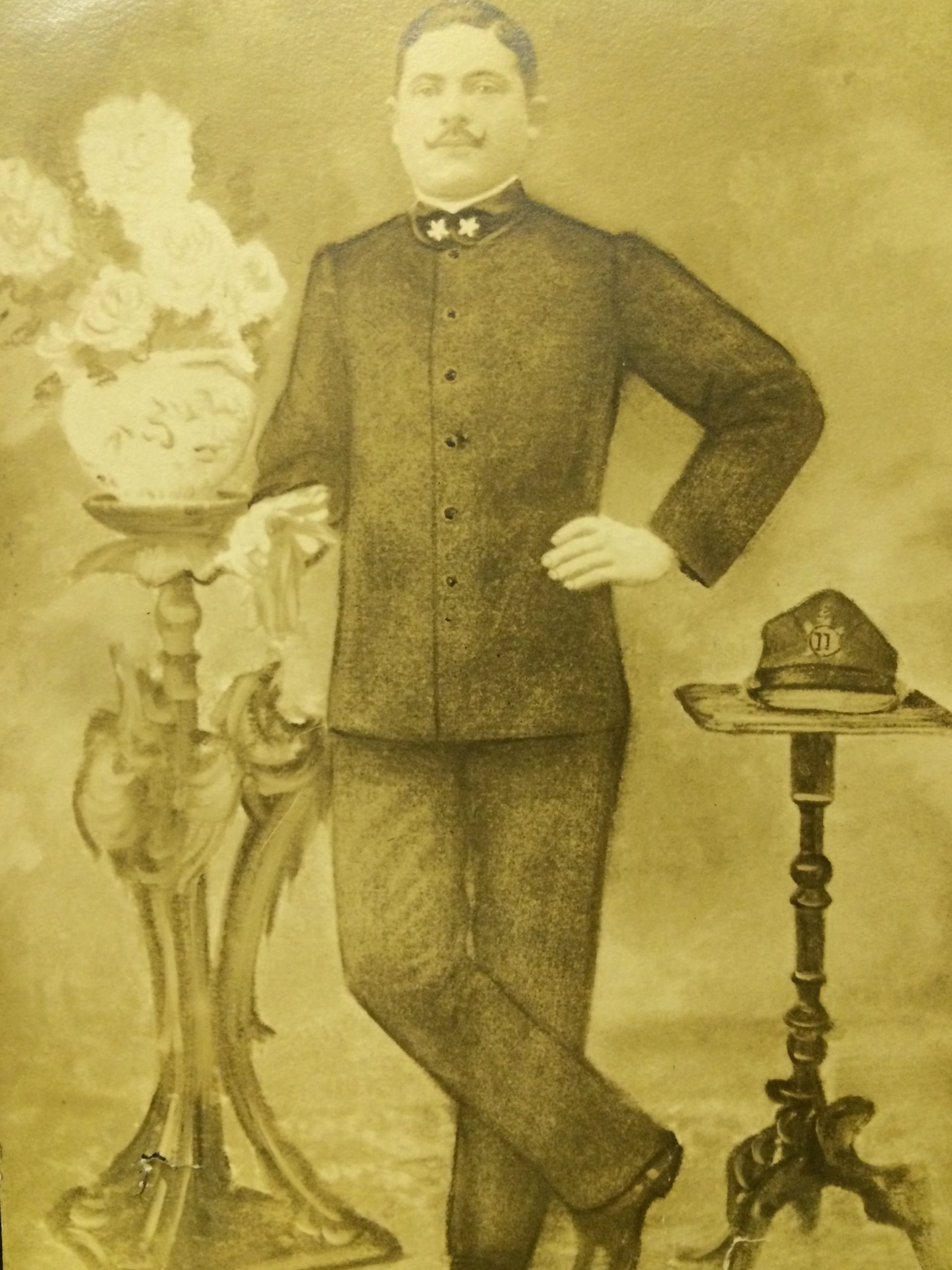 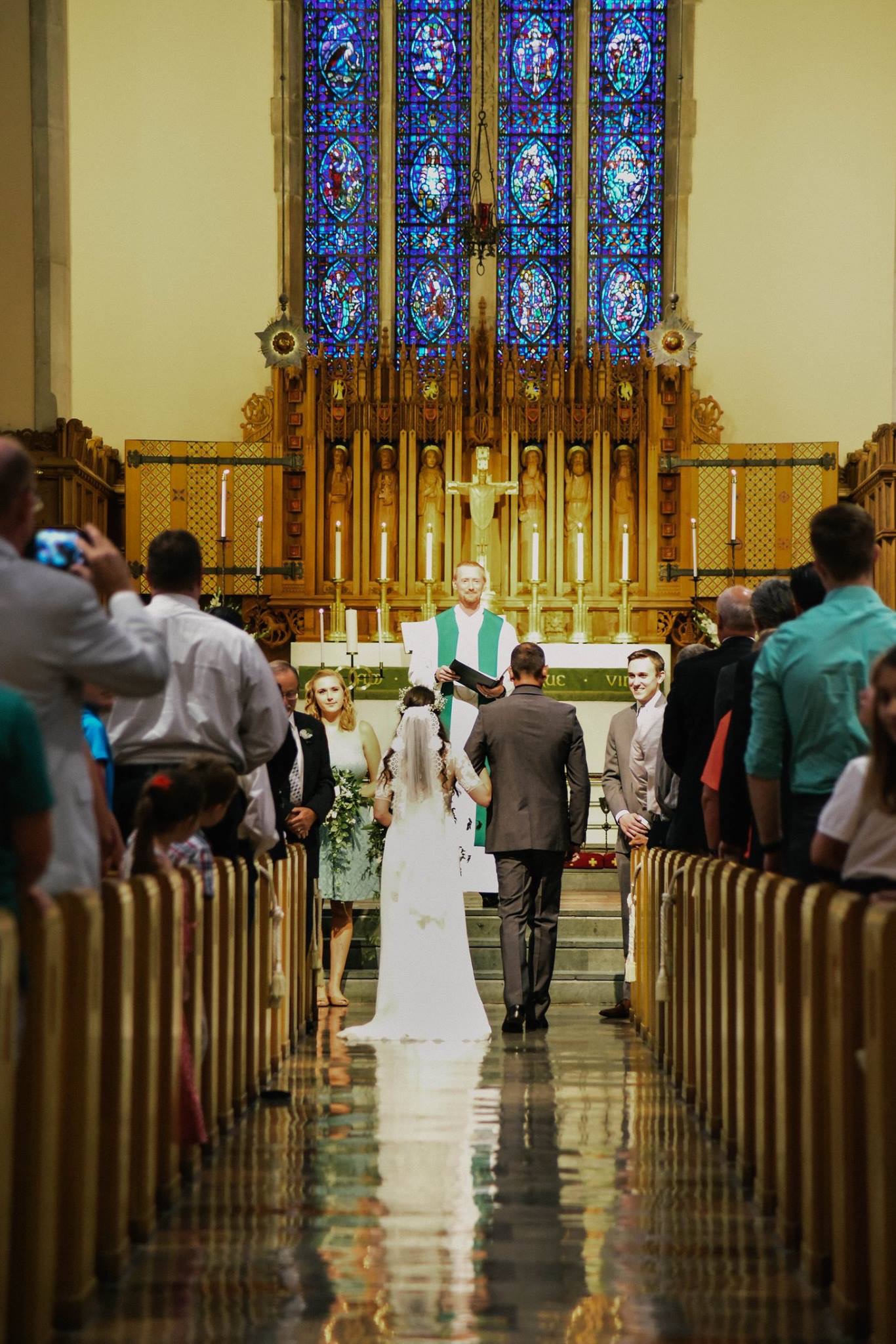 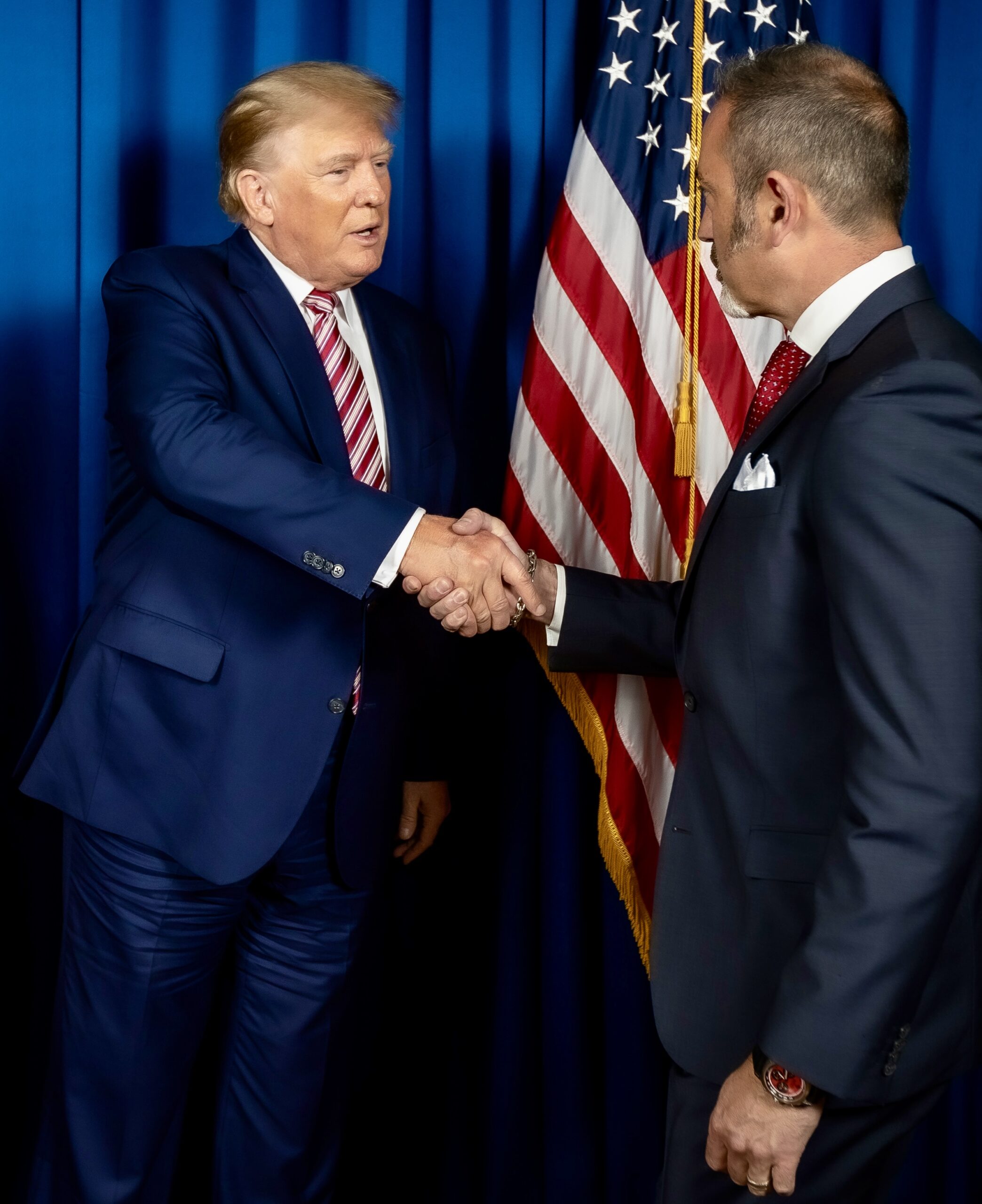 Author of The Wolves and the Mandolin: Celebrating Life’s Privileges In A Harsh World (ForbesBooks; 2017), Brandon begins with the Vallorani family’s modest beginnings in Italy, regales readers with legend-worthy stories of great-grandfather Luigi’s first years in America, and culminates with his journey into entrepreneurship.

Throughout this page-turning Amazon bestseller, Vallorani provides his philosophies in business, management, and life. Offering inspiring, practical, attainable advice to the reader, Vallorani demonstrates, “You, too, can pursue and achieve the celebration of life, liberty, and the pursuit of the American Dream.”

Brandon’s book, co-authored with Doug Giles, Would Jesus Vote for Trump? was released in 2019 and shot to high Amazon rankings, and asks–and answers–the hard questions about Trump, Jesus, and the responsibilities of citizens who reside on earth before taking up heavenly residence.

After the 2022 “Let’s Go, Brandon” phenomena caught his attention, Brandon penned his third book of the same title, subtitled: The Faux Pas, Fiascos, and Failures of the Biden-Harris Administration (Volume 1). An instant hit, this book is a concise examination into the first year of the worst year our economy and our country have witnessed in our lifetime.

A fourth book, co-authored with partner Liz Martin, is set to release in late 2022. 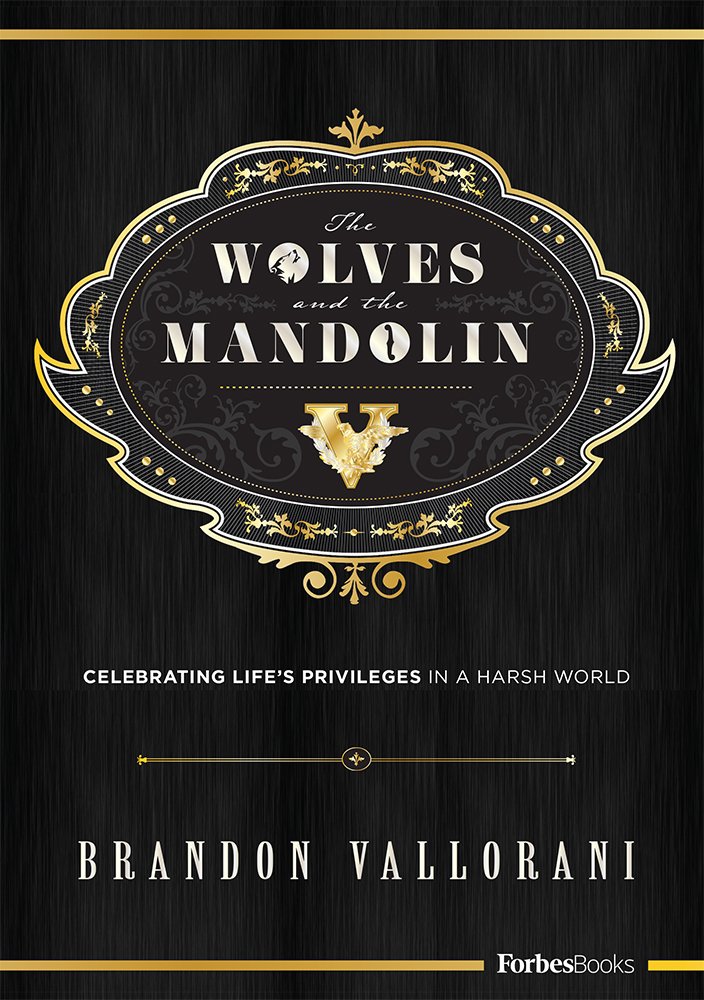 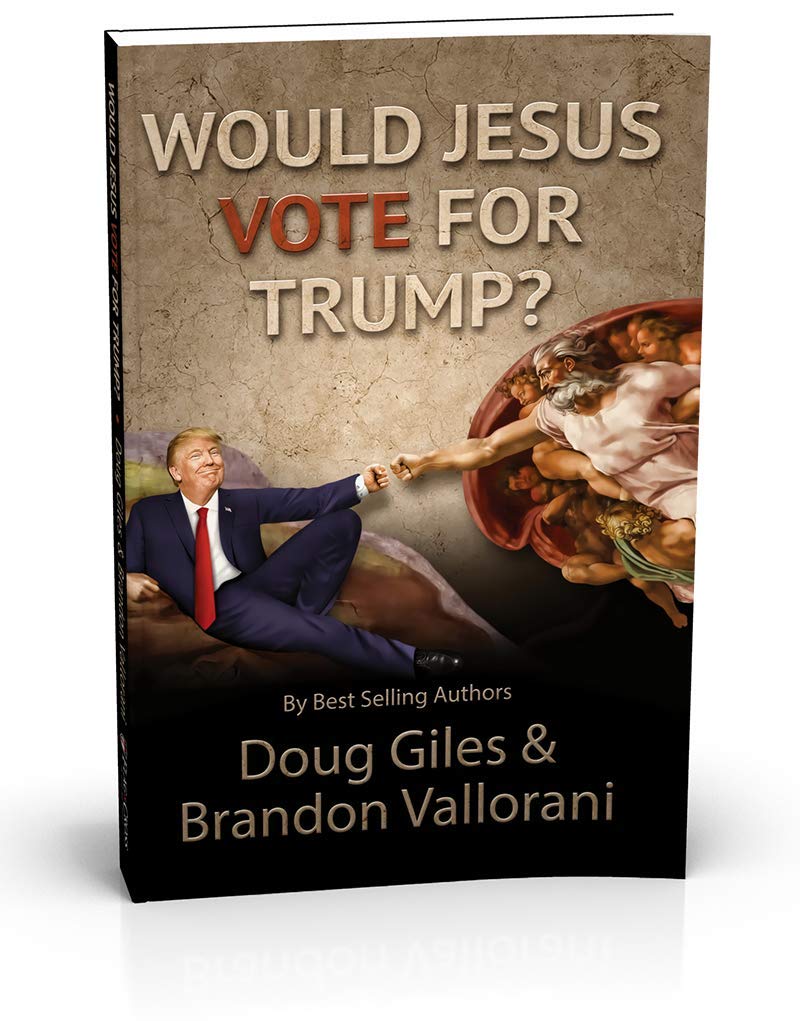 A Forbes.com contributor, Vallorani has been interviewed by numerous podcasts, magazines, and online sites and referenced by New York Times, Financial Times, Paste Magazine, and Rantt.

Brandon Vallorani is a legendary figure in the entrepreneurial world and an astute businessman who proves the American dream can be achieved with hard work and vision. Holding dual citizenship with Italy, Vallorani’s permanent residence is located in Metro-Atlanta, GA, with his wife with whom he shares seven children, a son-in-law, three grandchildren and a godson. In his free time, he enjoys traveling, his dogs, and learning Italian. 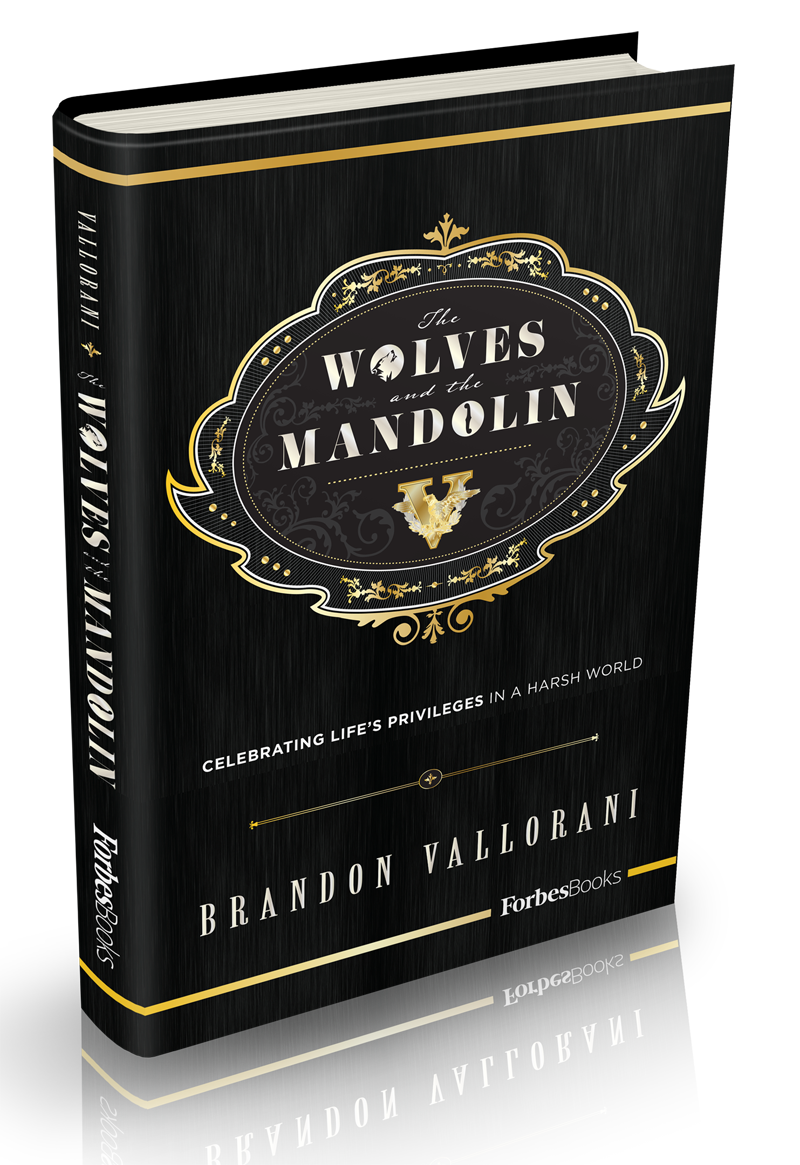 the wolves and the mandolin

Follow entrepreneur and author, Brandon Vallorani, as he shares legend-worthy stories of his Italian-American ancestors’ humble beginnings. Delivering the business and life philosophies that have culminated in one of his companies being a 5-time honoree on the Inc. 5000 list, Brandon demonstrates how you, too, can pursue, life, liberty, and the American dream.

“Prepare to be educated, inspired, and entertained simultaneously.” Monica L.

“Much as Luigi stood his ground during battles in Benghazi and Sciara, Brandon’s perseverance and old world determination has enabled him to maintain his entrepreneurial spirit and succeed while dodging his own bullets in the form of two recessions. This journey is as much about a family’s history as it is our nation’s.”  Steven C.

“What an extraordinary true story of courage, tenacity, focus, and perseverance… and sometimes the intervention of fate.” Lucy H.

“The wolves and the mandolin story has been passed down from generation to generation in my family. A great-uncle was on his way home from a party when he became surrounded by wolves. He climbed a tree, and rather than complain about his misfortune, he simply played his mandolin to pass the time. The beautiful music calmed the wolves and eventually they disappeared, allowing him to make it home safely.”

Vallorani says, “He could have lost a nasty battle trying to fight them. He could have whined about his bad luck, even given up. But this tale reminds us that beauty can be found even in the midst of growling wolves, and that even the fiercest wolves can be calmed. We all face wolves, and we all have opportunities to find mandolin moments in our day and it’s these mandolin moments that make fighting the wolves worthwhile.”

“Brandon has one of the greatest marketing minds at work today. Everyone that dreams of building a great business should stop and listen carefully to the advice Brandon Vallorani gives in his book The Wolves and the Mandolin. Advice this good demands your attention.” Floyd B.

“The Wolves and the Mandolin is a reminder that if your goals are big enough and you are audacious enough, you will find the strength to keep persisting until you succeed.” Steve H.

Brandon is one of the most energetic, positive, entrepreneurial business leaders I have ever known. Brandon walks the talk, he gets things done, he tries things, he’s not afraid to fail, and he surrounds himself with good people. He above all is enjoyable to be around and to work with as a client and partner. I can’t say all these things about many people.

Brandon is an extremely skilled management leader as well as an incredible marketing guru in my opinion. I have no idea how he does all he does and manages the many companies he owns. He’s good to work for and with. I would give him the highest recommendation without reservation.

Brandon Vallorani is an exceptional CEO who naturally inspires the entire staff. An entrepreneur of the highest caliber. Brandon always strives to find new markets to do business, and any possible avenues for company growth while maintaining founding principles. Brandon’s positive attitude towards his business and his staff goes above and beyond any expectations. It is a pleasure working with a great leader and being able to participate in the advancement of the company.

In whatever Brandon takes on as a task to be accomplished, he is always excellent in his knowledge and work. He is the kind of leader that those who work for him follow.