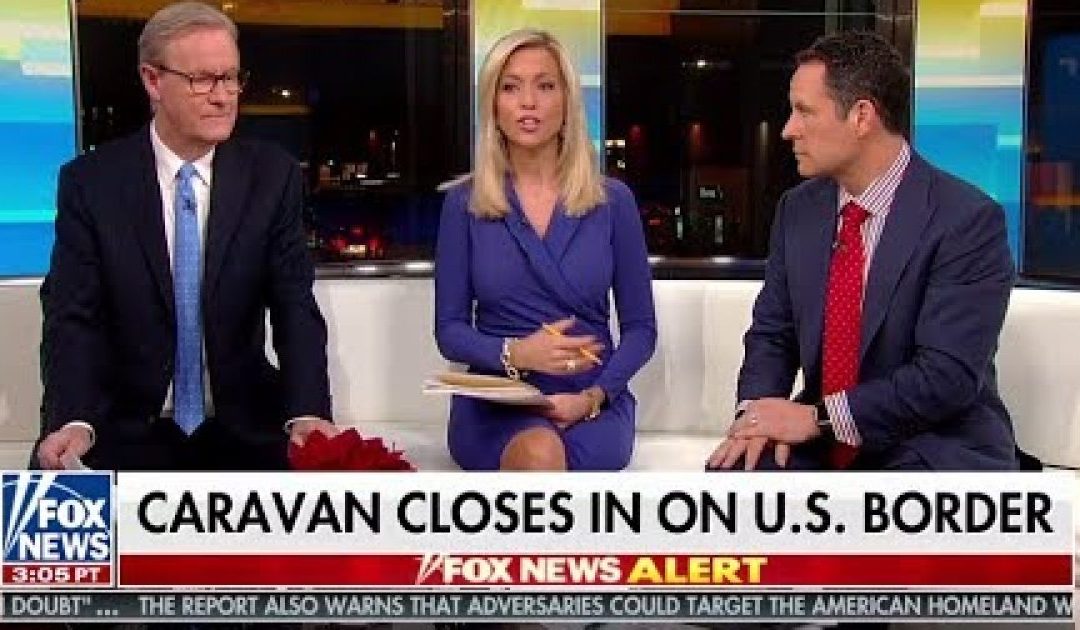 After the NY Post wrote a piece about one of my store’s newest products, the Build the Wall MAGA building kit, the story was quickly picked up by dozens of other news sources, including the Chicago Sun Times, EuroNews, and Newsweek. Fox & Friends mentioned it a few times on their show on November 14, during which co-host Steve Doocy said the toy was “making the holiday great again.” That night Rush Limbaugh mentioned it on his show.

While some of the leftist-leaning outlets have labeled the toy kit “racist” and “anti-immigrant,” others like Yahoo Lifestyle and USA Today’s Joel Shannon have given me the opportunity to provide a statement regarding the intent of the toy. As follows:

Is the Build a Wall toy meant to be taken seriously, as a serious gift for a child?
Not at all. Toys aren’t meant to be serious. Life is already stressful enough for people of all ages. This gift was meant to bring some lighthearted comic relief to the intense political debate.

If so, why is it ok to push politics on little kids?
The majority of our customers are over the age of 40, not children. But even so, politics are already being pushed on our kids every day in public school classrooms and through much of mainstream media. I believe all American citizens have the right to teach their children to examine political conversation and make their own decisions.

What inspired you to create this toy?
I am an entrepreneur and I saw an opportunity to create an enjoyable product for the Christmas shopping season specifically for the conservative market.

What is your response to people offended by it?
So far the response has been overwhelmingly positive. Most people understand it’s just a novelty item. However, some people who disagree with our political stance are claiming that we are against immigrants/immigration. Nothing could be further from the truth. My grandparents legally immigrated to America from Italy and pursued the American Dream. I want everyone to have that opportunity as well, but not by violating our immigration policies. We believe America is made stronger when people from different backgrounds come together as legal citizens to build our great nation.

What is Keep and Bear’s best selling toy? Item in general?
The Trump Man figurine has been our best-selling novelty item. The “45 Blend” coffee that our sister company, Thrasher Coffee, produced has been selling extremely well.

Are there any new toys in development you can tell me about?
Yes, we have an exciting new MAGA toy that will be making its debut on Black Friday / Cyber Monday, in support of the Trump 2020 campaign.

Are you going to/would you create a Keep and Bear toy involving guns? Why or why not?
Despite the fact that it’s our name, our focus is not limited to the second amendment, but all conservative values that keep our country great. Guns and gun safetyÂ andÂ our Constitutional rights are all serious issues and as citizens of the United States, we should all teach our children to respect them.

What do you love most about Donald Trump?
Long before Donald Trump was elected President, I admired him as a savvy businessman. His book Think Big, inspired me in my entrepreneurial journey. He motivated me to pursue writing my own book, The Wolves and the Mandolin (ForbesBooks), in which I discuss at length my immigrant grandparents, my Compassionate Conservative values and how I built my conservative business. One of the things I love most about President Trump is that he is not obeisant to politically correct rhetoric. I think he may have forever changed the way politicians speak to the American people; we are informed and passionate about our values.

Twitter (an acronym for The World’s Most Liberal Voices) has exploded with vitriol and hatred from the left, complete with veiled death threats.

But in the meantime, Americans have spoken with their support. They understand that it is not racist or anti-immigrant to believe that our borders should be secure to not only keep our own citizens safe, but to allow those LAWFULLY seeking citizenship within our great country to proceed. We’ve had our best month ever since we launched our conservative pro-Trump super-store.

Will we ever be able to convince the left that the most compassionate stance is to be like us: 100% pro-immigrant while 100% anti-ILLEGAL immigrant? No.

Does it matter if we disagree in the long run? No.

That’s the beauty of our country. We are America: home of the free. As hard as the Leftists try it is still a free country, the First Amendment is still protected, and we still have a right to hold our beliefs and ideals.

The United States provides more rights to millions of immigrants through legally obtained methods. We can continue to do so with our borders secure. It is vital that Congress and our Administration pursue fair and practical solutions to the immigration system and our porous borders. (Heritage Foundation)

We support President Donald J. Trump in his understanding that we must build the wall. Entering our country is a privilege, not a right. Citizens have rights. We applaud and urge every single immigrant who desires to be a member of our great nation to legally apply to live, work, and receive their full rights as a United States citizen.

FIND OUT MORE ABOUT THE KIT