The Ultimate Key to Personal Success 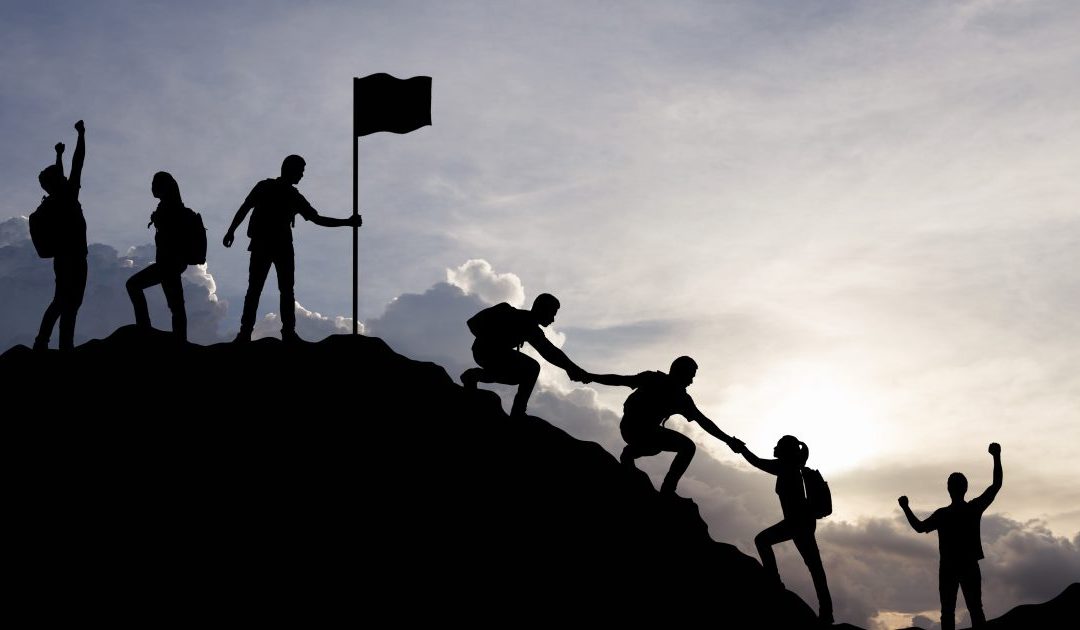 There’s a Biblical Proverb that tells the wise man, “Do not withhold good from whom it is due, when it is in your power to act.” Eighteenth-century statesman and philosopher Edmund Burke is often quoted to urge people into action with his words: “The only thing necessary for the triumph of evil is for good men to do nothing.”

Truthfully, we have seen these statements exhibited physically time and again throughout history: good people stirred up against evil have battled heinous dictators, unlawful tyranny, and unjust laws. It is because of many good men and women of history that we have advanced as far as we have in developing a land where truly all citizens have the Creator-ordained right to life, liberty, and the pursuit of happiness.

It was the pursuit of happiness that brought my great-grandfather Luigi to this country in 1915. He had heard the streets were paved with gold and he was determined to make more of his life than scratching a living out of the rocky hillsides of Italy’s Marche region. When he arrived, of course he found the streets were not only notpaved with gold, it was the Italians doing the paving!

That fact didn’t quench his drive to succeed. After a stint in the steel mills of Pennsylvania and the coal mines of Kentucky, he opened and later sold a successful restaurant, then a grocery store. He eventually returned to Italy and become a prominent figurehead in his area, with orchards and farmland. But when his teenage son was forced to march in a parade in support of Mussolini and Hitler, Luigi knew immediately that he must send my grandfather back to America, where he would serve in the U.S. Army Air Corps. All of this I talk about more extensively in my book, The Wolves and the Mandolin (ForbesBooks, 2017).

But does doing good start and end with situations of global proportions? Does doing good only refer to defying dictators or resisting tyranny, or does it have more localized application as well, such as in the business world we operate in every day?

I believe it does. There are many entrepreneurs and small business owners, non-profit foundations and committed organizations who have extraordinary skills, products, and ideas to present to their target markets, but lack the know-how or the network to do so. There are countless people whose needs could be met, if the connection between the provider and the user could be made.

The Freedom Model is one such organization. They have the highest, independently verified success rate in helping people eliminate addiction from their lives and move on. But due to the big money business their competitors have with a continuous ongoing cycle of meetings to rehab to rehab to meetings, The Freedom Model has been buried in the noise of Google searches and Facebook pages, unable to reach those so desperately seeking lasting results and real success: addiction-free living.

Since I began to work with them and utilize my marketing and brand-building skills for their organization, they have doubled their calls. Their retreat center is full. By helping them, I am indirectly helping others: a win-win for all parties!

Another client is a high-powered entrepreneur in Texas who is actively involved in state and national politics; his ability to reach like-minded parties in his area as well as nationally is vital to both the success of his work and also those who want to be involved alongside of him. It’s been exciting to watch my efforts triple and even quadruple his outreach through the use of social media and email list management.

Both of these outlets (email and social media) are top buzzwords in our business culture today. Everyone talks about using Facebook, Twitter, Instagram and other social media platforms to build an audience and deliver content specific to their niche. Combined with the king, an engaged email list, my team and I produce results through developing the story of the why behind the what, creating the positive outcome of connection for our clients and their target markets.

Don’t we all hope and pine for meaningful work? How many books are written on the marriage of passion and purpose with your livelihood and career? I am fortunate that my skills in marketing and brand-building have enabled me to not only provide for my family, and my team’s families, but also to do good for other organizations and businesses.

Through our philanthropic efforts, we’ve also been able to support numerous causes, including the Tunnel to Towers Foundation, and in 2019, I was fortunate to be able to bring a catastrophically injured veteran with my son and I to the Super Bowl through a joint effort with that fantastic foundation.

The power of doing good moves far beyond the limits put upon us by politics and religion, international relations and the art of war. It reaches beyond epic proportions into the more mundane daily activity we call “job” and “career.” When we are able to put our skills to work helping others to help others, our ability to do good continues exponentially.

Author and motivational speaker Marcus Buckingham promotes in his book Stand Out the impact doing what you’re good at can have in your life, and in others’ lives as well. Invest in your strengths; develop your best assets and use them for good.

Seek where you can do good, no matter how big or small. For good overcomes evil, every day, through the efforts of good people like you and me.

Vallorani graduated from West Virginia University with a Bachelor’s of Fine Arts in Graphic Design, and began his career in the non-profit sector. He quickly rose through the ranks to become Executive Vice President in a few short years, simultaneously earning his Master of Business Administration from Thomas More University.