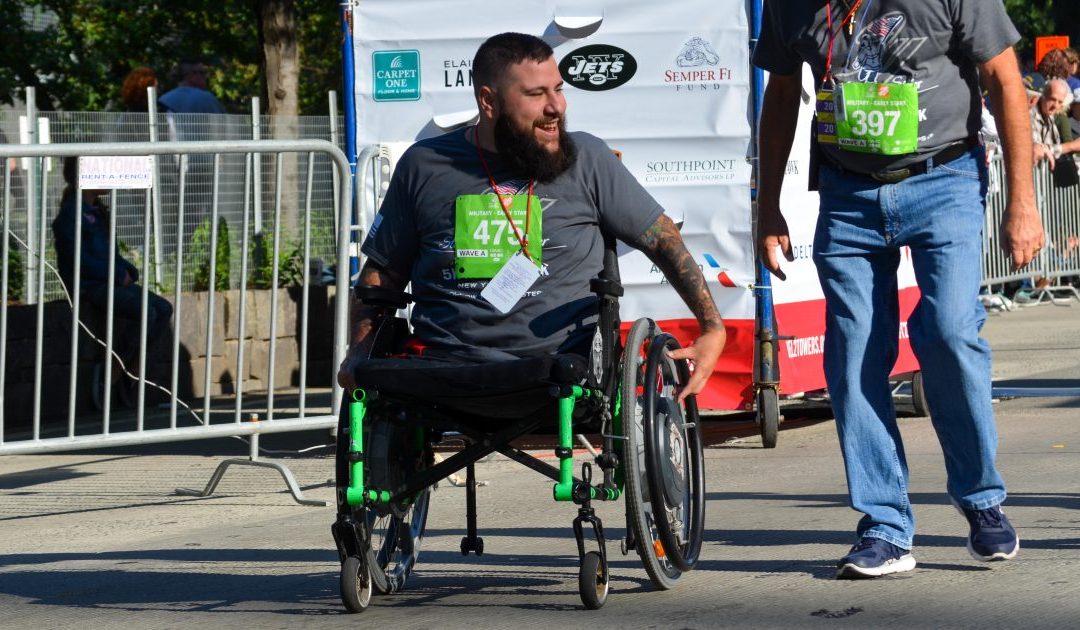 Army SPC Matthew Leyva’s life changed forever. While on patrol in Afghanistan he stepped on a pressure plate IED. He lost both his legs and several fingers on each hand. He spent two months in a coma and his recovery took more than two years.

Now to acknowledge his service and sacrifice while defending America, Brandon Vallorani, CEO of Romulus Marketing LLC (Dallas, Georgia), is taking SPC Leyva on the trip of a lifetime.

SPC Leyva is going on an all expense paid trip to Atlanta that includes tickets to Sunday’s Big Game.

The Tunnel to Towers Foundation is named after firefighter Stephen Siller who laid down his life to save others on 9/11. The Foundation supports the military, first responders, and their families. Through the Smart Home Program, the Foundation builds smart homes that enable our most catastrophically injured veterans to live more independent lives. To date, the Foundation has delivered, started construction or is in the design stage of a total of 75 homes.

As a proclaimed Compassionate Conservative, Brandon Vallorani and Romulus Marketing LLC have donated to a number of causes including 4Ocean, Charity: Water, and other veteran groups.

“Our Mission at Romulus Marketing is to put our money where our mouth is,” says COO and donation manager Liz Martin. “We fully believe that the citizens of our country have a duty to privately contribute to charitable causes, and our hearts are particularly devoted to causes that help our veterans.”

With this in mind, Brandon Vallorani sought a deserving veteran who has sacrificed so much for his country to come to his home state of Georgia to watch the biggest game of the year from a wheel-chair accessible premium section at no cost to him.

Upon learning about Tunnel to Towers mission “Partnering with Tunnel to Towers was a no-brainer,” says Vallorani. “I am forever grateful for veterans like Army SPC Matthew Leyva who made a great sacrifice to protect our nation and our freedoms. My family can live in peace because he was willing to put his life on the line. Taking Matt to the Big Game is one small way we could show our gratitude.”

Vallorani’s Italian immigrant grandfathers on both sides served in World War II, with intriguing stories provided in his book “The Wolves and the Mandolin” (ForbesBooks 2017).

Along with this gift, Romulus Marketing has committed to adding the Tunnel to Towers Foundation to their ongoing charitable giving portfolio.