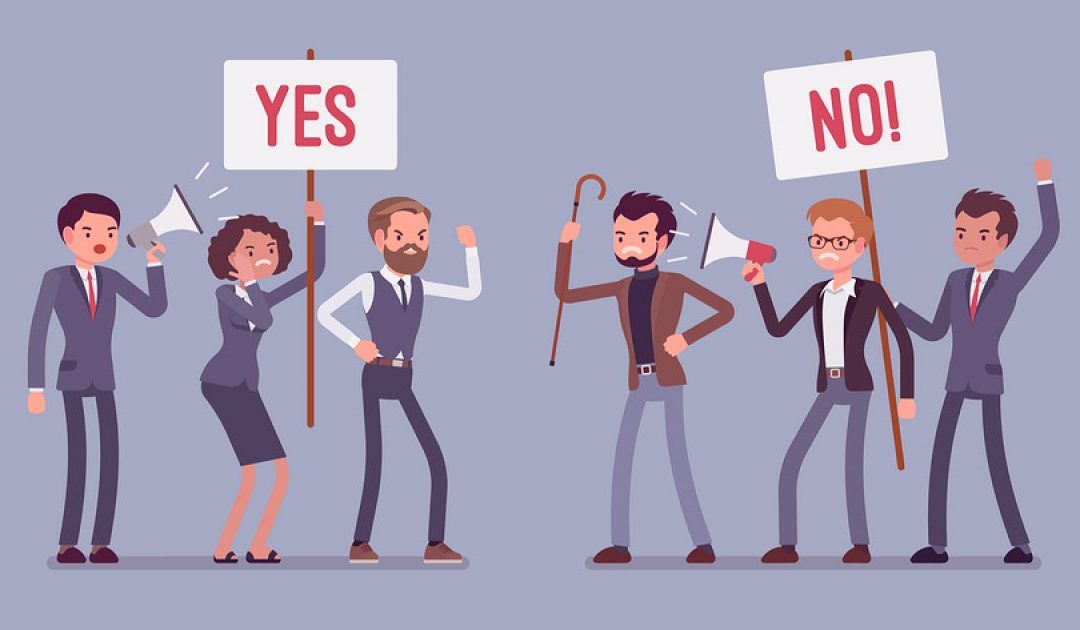 Take a few seconds to reflect on your daily communication. How many times in a day or a week do you say you “hate” something? You “hate” traffic. You “hate” olives. You “hate” the middle seat on airplanes.

Hate is the opposite of love. In reality, it’s an extreme emotion, yet we throw the word around nonchalantly in everyday conversation. Many people on all sides of the political spectrum tend to throw around the word hate in reference to views that are different than their own.

I’ll be the first to admit that there are conservatives out there that claim to “hate” liberals — in action even if not in word. But I can’t agree with this sentiment. If you disagree with another person’s political views, that doesn’t mean that you hate them. It means you disagree with them.

Unlike hate, disagreement can be constructive. Disagreements can lead to lively, thought-provoking intellectual conversations. Seeing how others view the world can only broaden your perspective, giving you insight and empathy for those on all sides. Hate could never accomplish that.

There have been many examples of politicians that, despite having opposing views, maintained amicable relationships. Take, for example, Ronald Reagan and Former Speaker of the United States House of Representatives Tip O’Neill. These two men had a fierce political rivalry but in no way hated each other. Both men were simply fighting for the ideals they believed in. After a long day of rife with animated discourse, they would share a beer and laugh together despite being on opposing sides of a viewpoint.

Once after a particularly heated exchange, Reagan called O’Neill to make sure they were still friends. O’Neill replied, “Old buddy, that’s politics–after 6 o’clock we can be friends; but before 6, it’s politics.” After that, Reagan would playfully look at his watch during the day and wonder aloud if it was 6 o’clock yet.

As Americans, we love to fight for what we believe in, and in these “battles,” we often use words as our weapons. Particularly with 24/7 news and social media in our hands, we tend to never “shut down for the day.” But we need to believe in 6 o’clock. We need to learn to practice 6 o’clock. Whatever our political beliefs, we must remember that all humans have some common ground and that at the end of the day we must come together in unity on those commonalities despite opposing viewpoints in other areas.

Differing political viewpoints don’t give anyone the right to threaten, scare, or intimidate others. It also doesn’t mean they can act viciously, attack, or slander others either! Whatever side you’re on, you shouldn’t have to worry about the safety of yourself or your loved ones. You shouldn’t have to worry about intimidation against you in your own home, such as Rand Paul and his family have experienced, nor should you be bullied in public restaurants because of an article of clothing you choose to wear. Hurling insults and calling people names is not something we should be known for in this country, particularly if it’s only because of a different political view!

Hate is manifested in violence and senseless humiliation, while disagreement goes no further than a discussion. We should all practice disagreeing gracefully and productively. This never includes screaming, attacks, hate speech, or even mean-spirited Social Media posts.

The next time you’re faced with a friend or relative that doesn’t share your point of view, truly listen to theirs. And if the exchange becomes heated, open a bottle of wine to lighten the mood!